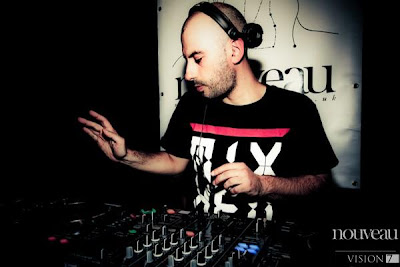 Italian producer and East London import Riva Starr (Stefano Miele) is out with his first album since 2010! Most of the album so far is a bit poppier (and arguable more accessible for mainstream) staying along the lines of his early January release of Absence. His track No Man's Land takes it away though. Carmen Consoli's vocals are fantastic, and the "triptangowhatever" vibe is a perfect blend of cuban chillout. Bonus if you're a nerd and think it sounds like that one song from the Fifth Element. Hand In Hand is out July 1st through Snatch! Records. Dig it.


UPDATE: Another great track off the new album! Hot Chip-esque with an unstoppable beat and some pretty sick guitar layers, Nobody's Fool is just fun.  I am loving the increased collaboration with Rssll on this album and damn, just YES.  What more could you want? There are harmonized "WHO" sounds that are sprinkled everywhere followed by the overwhelming urge to get up and dance. Seriously stop reading this and just hit play!