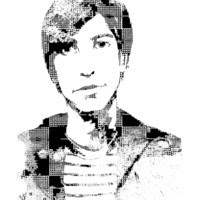 So this started as a one song post about "Neon Guitars" and then I started listening to his other stuff and became mildly obsessed. Oliver Koletzki is out of Berlin, Germany and is signed with Light My Fire Records.

Oh, and his shit is tight. Like super tight. The three tracks below play really well in succession if you're into it. They're laid back without being sleepy, and he works in some really nice details into each of his songs. I think "Bring Me Home" is the best produced out of the bunch, but really they are all pretty awesome. Take a listen below.

If you listen to"Bring Me Home" first you'll be able to hear where the idea for the track below came from (Neon Guitars being the newer release by Koletzki). This one is a bit off-the-wall, but totally grew on me over the last week. It's spaced out and kind of sounds like you haven't slept enough; it really hits it's stride towards the last half so if you don't like it at first, at least give it until the end.


You might as well check this one out too. SHEESH.
Posted by courjette
:: chill, electronic, guitar, oliver koletzki